Showing posts from November, 2014
Show all

- November 09, 2014
IS recruiting thousands in Pakistan, govt warned in 'secret' report
Mubashir Zaidi, Dawn, November 8, 2014
KARACHI: The provincial government of Balochistan has conveyed a confidential report to the federal government and law enforcement agencies warning of increased footprints of militant organisation Islamic State (IS), also known by the Arabic acronym Daish, in Pakistan.

The ‘secret information report', a copy of which is available with DawnNews, is dated October 31, and states that IS has claimed to have recruited a massive 10 to 12,000 followers from the Hangu and Kurram Agency tribal areas.

"It has been reliably learnt that Daish has offered some elements of Lashkar-e-Jhangvi (LeJ) and Ahl-e-Sunnat Wai Jamat (ASWJ) to join hands in Pakistan. Daish has also formed a ten-member Strategic Planning Wing," the report from the Home and Tribal Affair Department of Balochistan says.

The report states that the IS plans to attack military installations and government bu…
Reactions:
Read more

Pakistani Taliban militants offered help to radical Muslim groups fighting in Iraq and Syria, according to a statement marking the Muslim holy festival of Eid al-Adha on October 4. Taliban chief Mullah Fazlullah addressed the fighters in the Middle East as "mujahideen brothers" and vowed to support them. "Mujahideen fighting in Iraq and Syria are our brothers and we are proud of their victories. We are part of them in moments of joy and sadness," said Fazlullah, according to the news agency dpa. "We are with you in these troubles and will help you in whatever way it is possible for us," he said. 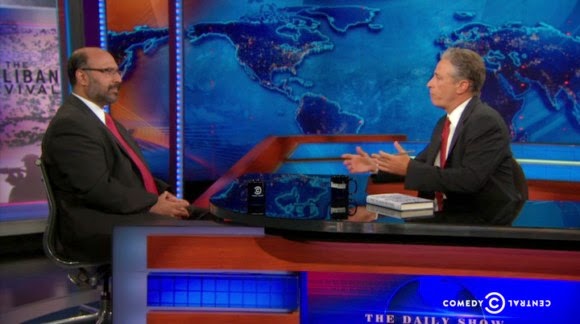 Hassan Abbas is a former Pakistan police officer who teaches at the US National Defense University, and has also held positions at Columbia and Harvard univer- sities. His analysis draws on extensive interviews in Pakistan and Afghanistan, and is informed by his police background. There are many books on the Taliban, but this one stands out for the way it weaves together the tribal, governmental and national aspects of this movement, and its Pakistani and Afghan wings.

The heart of the book starts with the return of the Taliban from its near-death experience after the fall of its government in Afghanistan in 2001. Abbas recounts unsparingly how the ambivalent views of the Musharraf government and the P…
Reactions:
Read more
More posts