Showing posts from September, 2013
Show all

(Reuters) - Indian Prime Minister Manmohan Singh and his Pakistani counterpart, Nawaz Sharif, agreed on Sunday to work to restore a cross-border ceasefire after a spate of shootings in order to improve strained ties, officials said.

Singh and Sharif met on the sidelines of the United Nations General Assembly, amid heightened tension between the nuclear-armed neighbors over the Kashmir region, sparked by series of fatal clashes on their de facto Himalayan border.

India emerged from the meeting of more than an hour calling the talks "useful" while Pakistan called the atmosphere "very positive."

They both expressed a desire to improve ties but agreed that "peace and tranquility across the LOC (Line of Control) is a precondition," Indian national security adviser Shivshankar Menon told reporters in New York.

"We need to address the is…
1 comment
Read more

Jinnah and the Idea of Pakistan 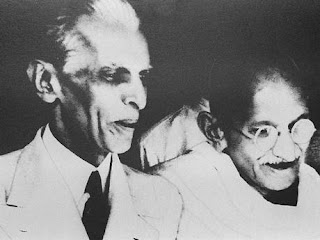 India has handed over rare audio recordings of Muhammad Ali Jinnah's two important speeches to Pakistan in a "goodwill gesture", media reports say.
The recordings are precious to Pakistan because of Mr Jinnah's status as the country's founder and its first leader.

The first of the two speeches was delivered in Delhi on 3 June 1947 in which Mr Jinnah gave his opinion on holding a referendum in the North West Frontier Province (now known as Khyber Pakhtunkhwa in Pakistan) to decide whether the region wanted to join India or Pakistan.

The second speech was given at the first Constituent Assembly on 11 August 1947, The Hindu reports.

The Pakistan Broadcasting Cooperation had requested the All India Radio in 2012 to provide a copy of these speeches.

"We are very happy and thankful to All India Radio...This will become part of our archives," the Zee News website quotes…
Post a Comment
Read more
More posts