Showing posts from February, 2013
Show all

Oz Prize for Excellence in Journalism on Asia: Asia Society

The $10,000 prize is awarded annually to a writer or team of writers who has produced the best example of journalism about Asia during the calendar year. Criteria for the prize include consideration for the impact of the work, its originality, creativity, depth of research and educational value in informing the public about Asia. Find out more about the nomination and submission process here. The deadline for applying is February 28, 2013.

The next winner of the “Oz Prize,” whose work was produced during the 2012 calendar year, will be celebrated at a special program at the Asia Society in New York City in May.

Affectionately nicknamed the "Oz prize," the Osborn Elliott Prize for Excellence in Journalism on Asia honors the late Osborn Elliott, a legendary journalist and author.

Interview of Abida Parveen: The Great Singer of Sufi Poetry 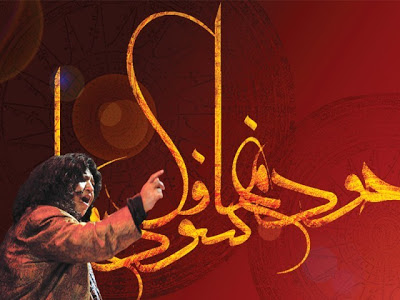 Former US Ambassador to Pakistan continues to speak out....

[Also see: A Former US Ambassador's Advice on How to Work With Pakistan - Asia Society, Feb 7, 2013]

WASHINGTON: AFP : Former US ambassador to Islamabad Cameron Munter on Wednesday criticised Washington’s “callousness” over the killing of Pakistani troops as he called for both nations to rethink how they see each other.

Munter served as ambassador during some of the most difficult times of the turbulent US-Pakistan relationship including the slaying of Osama bin Laden and a US border raid that killed 24 Pakistani troops in November 2011.

Cameron Munter, who resigned last year, said that the United States had shown a lack of generosity over the deaths of the 24 troops. Pakistan shut down Nato supply routes into Afghanistan until the United States apologized seven months later.

“The fact that we were unable to say that we were sorry until July cost our country literally billions of dollars,” Munter said, point…
Post a Comment
Read more

Why some Americans are overly concerned about Sharia ?

Sharia and Diversity: Why Some Americans are Missing the Point Asifa Quraishi-Landes, Institute for Social Policy and Understanding, January 16, 2013

Executive Summary:
The lens of state power is not the only way to see law. Jewish halakha is one example. The scholar-created doctrines of Islamic law are another. Both are complete systems of law that do not need state power in order to govern individual behavior. This is why, when American Muslims say that they live according to sharia, this does not mean that they want government enactment of Islamic law. Their request that American law recognize their choice of religious rules in their lives is not a demand that American law legislate Islamic law for everyone. To think so is to fundamentally misunderstand what Islamic law is, the fact that it differentiates between God’s Law and the human interpretations thereof, and how Islamic law operates in practice. Much of the confusion in the United States regarding sharia would be untangled if A…
1 comment
Read more
More posts