Dynamics of Terror Against Hazara Shia Community of Pakistan 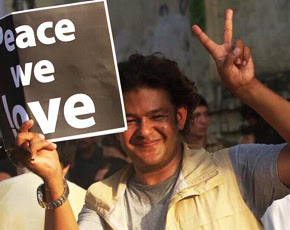 
Silencing the Voice of the Voiceless
Saleem Javed, Dawn, January 12, 2013

Ali had an intense devotion to education, which is why he was hugely disappointed when he, like many of his fellow citizens, was unable to complete his schooling due to the worsening security situation in Balochistan, particularly his home city – Quetta. His dream of becoming a social psychologist was never realised.

Not one to give up, he found the next best way to quench his thirst for knowledge: engaging with people from various ethnicities and religions. He would try and study every person he met, interacting with them to better understand their lives, their struggles. The honest effort he made in getting to know someone made him approachable and trustworthy.

Ali never remained a mere spectator to what was happening in his country, his province and particularly, his home city where members of his community were being unabatedly slaughtered. His voice rang loud and clear; mobilising the youth, and organising seminars and conferences to address the deteriorating human rights situations in Balochistan.