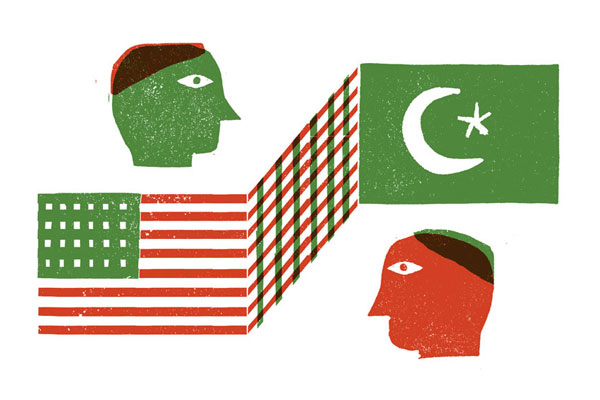 In the past few years, multiple power centers have begun to emerge slowly in Pakistan, as evidenced again this week with the historically pliant Supreme Court dismissing the Pakistani prime minister, Yousuf Reza Gilani, from office. For much of the country’s history, however, Pakistan’s military and security apparatus has wielded unchallenged domestic clout. Consequently, throughout the six decade-long U.S.-Pakistan relationship, Pakistan’s army has been the principal interlocutor with America, both because of its domestic heft and because military rulers were at the helm in periods when the United States needed Pakistan most.

Today, Pakistan’s army is seen in the United States — especially in Congress — as an adversary, above all because it resists targeting Afghan militants who take refuge on Pakistani soil. The resentment is so deep that even American conservatives, historically pro-Pakistan, call for a strategy that punishes the country.
There are those who would advocate “containment,” a central element of which is boxing in the military by treating presumably more liberal civilians as pre-eminent partners, or even labeling specific members of the military and its spy agency, the ISI, as “terrorists.”

The premise for these views is correct: that the Pakistani military and intelligence apparatus undermines American interests in Afghanistan and keep civilians from changing Pakistan’s assertive role in Afghanistan — now exercised via the Afghan insurgents fighting U.S. and NATO forces.

Unfortunately, the proposed remedy is as misplaced as was past support for Pakistan’s military dictators, which came at the cost of the country’s democratic evolution. Those who would force changes by playing a divide-and-rule game grossly exaggerate America’s capacity to influence Pakistani politics.

American attempts to actively exploit Pakistan’s civil-military disconnect are likely to end up strengthening right-wing rhetoric in Pakistan, create even more space for security-centric policies, and further alienate the Pakistani people from the United States.

Washington should view engagement with Islamabad as a long-term project. Pakistan’s nuclear weapons will be around long after Afghanistan is forgotten. As much as possible, America should work directly with the civilian leadership on all issues, including security, and lower the profile of military-to-military meetings. Washington should also make clear that the United States will not tolerate any extra-constitutional measures by the military that short-circuit the democratic process. Moreover, Washington needs to quietly encourage the spectacular progress in India-Pakistan normalization. India is what drives Pakistan; America should take advantage of its relationship with New Delhi to allow Pakistan greater space for accelerating its internal political reforms.

We must patiently try to turn Pakistan from an ally that is no friend into a state that seeks normal relations with America and its neighbors. Short cuts are unlikely to work.

Stephen P. Cohen is a senior fellow at the Brookings Institution. Moeed Yusuf is South Asia adviser at the U.S. Institute of Peace.
Reactions: