Showing posts from May, 2012
Show all

WASHINGTON — India called for greater coordination with the United States on Afghanistan, voicing fear that Islamic radicals would gain strength once Western forces pull out.

NATO leaders in a May 21 summit in Chicago committed to pulling combat troops out of Afghanistan by the end of 2014 as Western nations grow tired of more than a decade of war and pessimistic on the chances of further progress.

India is one of the most vocal supporters of continued engagement and has given Afghanistan more than $2 billion since the US-led invasion in 2001 overthrew the Taliban regime, which sheltered virulently anti-Indian militants.

Ahead of high-level annual talks between India and the United States on June 13, Nirupama Rao, New Delhi's ambassador to Washington, said the two nations have been holding talks on building "a stable, democratic and prosperous Afghanistan."

May 30, 2012
US, Pakistan Row Over Border Crossing Reveals 'Outstanding Problems' Alex Ortolani, Asia Society, May 23rd, 2012 For Video, click here
While activists clashed with Chicago police to protest the NATO summit in Chicago this week, the U.S. and Pakistan were having their own stand-off inside the meeting.
According to reports from the conference, U.S. President Barack Obama and Pakistan President Asif Ali Zardari barely spoke despite an ongoing dispute concerning Pakistan’s decision to block a supply route for NATO troops into Afghanistan. The country has blocked the passage to protest NATO killing 24 Pakistani soldiers in November.
While U.S. officials may be hopeful that Pakistan will open the border to NATO the situation may not be cleared up so easily, Asia Society Senior Advisor Hassan Abbas said on an Al Jazeera program. “I’m not very hopeful that something will happen very soon because Pakistani military and civilian leadership are not on the same page, and I think that is a…
Post a Comment
Read more

May 20, 2012
History 101: Writing a new Pakistani history
By Aroosa Shaukat, Express Tribune,  May 17, 2012 LAHORE: Pakistanis must delve into their history with open minds, historian Dr Ayesha Jalal said during a talk on Wednesday.

Speaking to over 200 students at the Forman Christian College in a lecture titled Writing Pakistani History: Problems and Challenges, Dr Jalal said that open minds allow historians to hear and sift through contesting narratives on a subject in history.

“The task of a historian is to voice everyone,” she said.
A historian cannot be uncomfortable with change, she said.
“Pakistan presents a particularly complex subject matter,” she said.

“When we read historical narratives from outside Punjab, they criticise the Punjabi elements in the establishment and the military,” Dr Jalal said.

Baloch and Sindhis tell their own tale of how the Pakistani state has maltreated them, she said.
Traditional Pakistani history excludes the narrative of marginalised segments i…
1 comment
Read more

May 15, 2012
New Hope for India-Pakistan Relations?Nadia Rasul, Asia Society, May 11, 2012 In recent months Pakistan and India have made unprecedented strides in improving bilateral trade relations. Last year Pakistan decided to grant India "most favored nation" status, and recent reports show that Pakistan will soon be importing petrol and energy from India, while India will allow foreign direct investment from Pakistan. The two countries plan to collaborate on higher education programs, as well, and a new integrated check post for commercial traffic and trade has opened at the Attari-Wagah border crossing. India and Pakistan are also expected to discuss reforms in their visa regime at the upcoming Home Secretary level talks in Islamabad on May 24 and 25. We asked Asia Society experts on the region to comment on what sets apart Pakistan and India's recent efforts to improve bilateral relations from previous attempts, and whether the current discussions are more likely to produce …
Post a Comment
Read more

Baluchistan: In the Shadow of the Gun 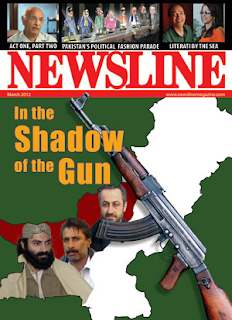 It took a US Congressional hearing and resolution on Balochistan last month to shame those in the portals of power to sit up and take notice of the grave situation prevailing in the province.

The media had been crying hoarse on the enforced disappearances and target killings in the region, but to no avail.

Now, suddenly, President Gilani convenes an All Parties Conference on Balochistan and the incorrigible interior minister, Rehman Malik, offers amnesty to all Baloch leaders in exile if they return to Pakistan. But the young nationalist leaders, who are now calling the shots, are not impressed.

Promises made in the past, in the full glare of publicity, have not been honoured. Assorted government-appointed committees have made several fact-finding missions to Balochistan, but their reports and recommendations are probably gathering dust in some remote corner.

How to Prevent Afghanistan from Becoming a Narco-State - Vartan Gregorian

May 04, 2012
How to Prevent Afghanistan from Becoming a Narco-State
Transforming Afghanistan's opium farming from heroin to morphine production would thwart the Taliban and stabilize the economy
By Vartan Gregorian, US News, May 2, 2012

Vartan Gregorian, president of Carnegie Corporation of New York and former president and professor emeritus of history at Brown University, is the author of The Emergence of Modern Afghanistan: Politics of Reform and Modernization 1880-1946, which will be reissued by Stanford University Press in November.

The year 2014 is fast approaching and with it, the end of the allied forces mission in Afghanistan. At the close of that year, as the president confirmed in his speech from Bagram Air Force Base, the United States and NATO will hand over responsibility for the security of Afghanistan to its own forces. But in the meantime, events on the ground are conspiring against some of the long-term policy goals that the allied nations who committed troops to Afghanistan had…
Post a Comment
Read more 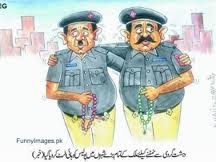 A year has passed since the May 2, 2011 operation that killed Osama bin Laden in Pakistan, and we still do not understand why the raid was needed in the first place — or why it took 10 years to put together. What is clear is that it was the United States that had to go after Bin Laden, given the critical inadequacies of law enforcement and related intelligence in Pakistan.

Pakistan is going through a tough political transition, and critical issues such as effective tax collection, expansion of energy generation, and — perhaps most importantly — law enforcement reform continue to hang in the balance.

The Bin Laden episode embarrassed Pakistan deeply, and the debate that followed centered largely on whether Bin Laden’s presence in the country was a result of incompetence or connivance on the part of Pakistan’s security and intelligence services. The U.S. has acknowledged that it has no eviden…
Post a Comment
Read more
More posts