Showing posts from April, 2012
Show all

USAID in Pakistan: Successes and Failures

Khalil Afridi recently survived a fatal attack by militants when a hand grenade was hurled at him. “They want me to quit development work, because of my association with Western donors,” he says.

He has been a social worker in Khyber Agency, an area bordering Afghanistan through which supply routes run, for the past eight years and is currently working on water projects with the US Agency for International Development (USAID). But he says it’s too dangerous to tell this to locals. Instead, he says, “We tell people it’s the Pakistani government funding these projects.”

Anti-US sentiments and foreign policy squabbles are thwarting good US public relations from reaching turbulent, poor border regions of Pakistan. They are also putting the…
Post a Comment
Read more

Which Khan can Save Pakistan ?

To say that Pakistan is at a crossroads is something of a truism. Over the last decade, the country has jumped from one political, constitutional and economic crisis to the next, with little sign of stability on the horizon. With parliament having issued its ultimatum to the US last week with a resolution demanding an end to drone strikes and military intelligence operations on Pakistani soil, among other things, the future of the country appears as uncertain as ever.

Despite that, prospects seem to have changed with the sudden meteoric rise of Pakistani cricket legend and opposition leader Imran Khan. When he first entered politics fifteen years ago to found Tehreek-e-Insaf (the Justice Party), he struggled to translate his sporting fame into votes. But in October last year, when up to 250,000 people turned out to support him in Lahore and Karachi — an unprecedented number — it became clear th…
2 comments
Read more


The snarling between the U.S. and Pakistan won’t let up. The battle began, of course, when U.S. forces sneaked into Pakistan to kill Osama bin Laden last May. Last week, the U.S. upped the ante, announcing a $10 million reward for information leading to the arrest of notorious terrorist Hafiz Muhammad Saeed, who is thought to be close to Pakistani intelligence. Things are so bad, Pakistani author Ahmed Rashid pronounced in his recently published book, “The United States and Pakistan are just short of going to war.” America’s greater fear is that Pakistan will get in the way of war. Pakistan’s Parliament last week unanimously voted to forbid the U.S. from conducting drone strikes inside Pakistani territory. If the measure is implemented, it will deny the U.S. its most effective weapon against al-Qaeda and other militant groups. Yet, as worrisome as the trend in bilateral relations is, other develop…
Post a Comment
Read more

Engaging American Muslims: Political Trends and Attitudes Farid Senzai; Fellow and Director of Research, ISPU April 3, 2012
Executive Summary
As the 2012 presidential election season moves into full swing, the American Muslim minority community has become a more important player on the political landscape, especially in key swing states. However, data on its members’ political attitudes and behaviors have been limited and scattered. This report represents the first effort to comprehensively combine and analyze a decade’s worth of research on this particular community in order to provide insights for political strategists and community organizers. It includes analyses of the data by racial and ethnic background, state of residence, education level, and other factors.

The report primarily draws upon surveys conducted by the Muslims in the American Public Square (MAPS) project in 2001 and 2004, the Pew Research Center’s national surveys on the American Muslim Community in 2007 and 2011, and …
Post a Comment
Read more

Is conducting research on 'politicisation of religion in Pakistan' a crime ?

April 11, 2012
Thought Control
Ayesha Haroon, The News, April 11, 2012
A student was thrown out of a university for emailing a poem by Faiz Ahmed Faiz and for insisting on doing his research paper on politicisation of religion in Pakistan.

He is now on the streets protesting his removal from the university. He not only has a right to protest, he has a right to every possible legal remedy that is available to any citizen.

Students are supposed to ask questions – and not just about how a car transmission works but also about why is there injustice in the world, who benefits from the economic hierarchy, what is freedom? Dozens were killed in Kohistan a few weeks ago in a religious sect-based crime; Tehrik-e-Taliban Pakistan carri…
Post a Comment
Read more

What is happening in the Gilgit-Baltistan Area?

LAHORE: The Human Rights Commission of Pakistan (HRCP) has expressed serious alarm at the continuing loss of life in sectarian strife in Gilgit-Baltistan and demanded that the government, political parties and civil society organisations join hands to bring peace to the area at the earliest.

In a statement issued on Thursday, the commission said, “HRCP has watched with growing concern the reprehensible and lengthening shadow of sectarian bloodshed in Gilgit-Baltistan and condemns it unequivocally.”

“The relative calm in Gilgit following the imposition of curfew and deployment of troops is a tense one... and retaliatory attacks and incidents of hostage-taking have been reported amid concerns that the authorities have responded only to some of the more violent incidents and are proceeding in a reactive manner,” the statement read. 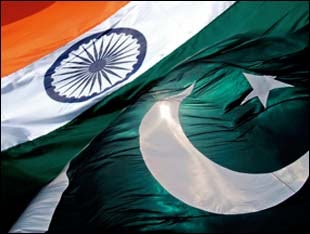 Asif Ali Zardari's visit to India on April 8 — including a luncheon meeting with Manmohan Singh — may be an essentially private trip, yet the detour brings hope of a new phase in India-Pakistan relations. The expectation is that President Zardari will renew his invitation to the Indian Prime Minister to visit Pakistan, and that the latter will accept, setting the stage for the bold initiatives that are now needed to take matters forward.
South Asia is home to one fourth of the human race and has the largest middle class anywhere in the world. But the region also accounts for the majority of the world's poor, is hamstrung by sectarian and caste beliefs and spends a disproportionate share of its resources to meet non-productive ends. Most significantly, South Asia has not been able to forge a cooperative framework to match the European Union or the Association of So…
2 comments
Read more

In Defense of Blood Money...

There’s no price you can pay to make up for the loss of a loved one. That’s as true in Afghanistan as it is in the United States. It’s understandable, then, that some people in both countries found it insulting that the U.S. government reportedly gave $50,000 each to the families of the 17 villagers allegedly slain by Staff Sgt. Robert Bales earlier this month. "The villagers aren't like animals that you can buy," an unnamed Afghan official told ABC News. "Yes, it's a lot of money. But their children are not coming back."

The United States, for its part, has been offering “condolence payments” to civilian victims of its combat operations for years. The military won’t talk much about the practice, but documents obtained by the ACLU and the Campaign for Innocent Victims in Conflict, or CIVIC, s…
Post a Comment
Read more

A note from the author: I started my efforts to discover the truth behind Osama bin Laden's execution in July 2011. Eight months have now passed since I commenced that work and I am still not finished. My adventures could easily fill a book, but I do not have the patience to write one, although my research and writing is large enough to qualify to be called a monograph. My thanks to The National for printing these extracts.

On May 2, 2011, I was in Islamabad when, in the small hours of the morning, I got a call from a friend, enquiring as to whether I had heard of the military operation in Abbottabad. I hadn't. I called another friend there, who told me that something was definitely going on: some explosions had been heard in the night and there had been considerable movement of troops since the explosion, but the entire operation appeared very hush-hush. A cou…
Post a Comment
Read more
More posts