Showing posts from November, 2011
Show all

November 28, 2011
Pakistan has had enoughThe assumption that it has no choice but to obey America may turn out to be a dire strategic error
Simon Tisdall, guardian.co.uk, Sunday 27 November 2011

Readers of Dawn newspaper, commenting online, were in no doubt how the Pakistani government should respond to Saturday's killing by US forces of 24 soldiers on Pakistan's side of the Afghan border. "Pakistan should acquire anti-aircraft defence systems ... so that in the future Pakistan can give Nato forces a proper reply," said Ali. "This is outrageous," wrote another reader, Zia Khan. "We should cut off all ties with the US. As long as we are getting US [anti-terror] aid ... Pakistan will be attacked in such a manner. They can never be trusted." Another, Obaid, turned his wrath on the Pakistani authorities: "Our self-centred establishment with their fickle loyalties can't even demand that the killers be tried in a neutral court ... Wha…
1 comment
Read more

Rupture in the US-Pakistan Relations 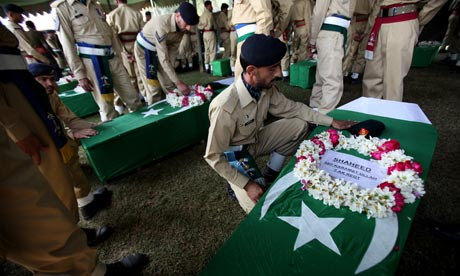 Tensions Flare Between U.S. and Pakistan After Strike

ISLAMABAD, Pakistan — Pakistani officials said on Saturday that NATO aircraft had killed at least 25 soldiers in strikes against two military posts at the northwestern border with Afghanistan, and the country’s supreme army commander called them unprovoked acts of aggression in a new flash point between the United States and Pakistan.

The Pakistani government responded by ordering the Central Intelligence Agency to vacate the drone operations it runs from Shamsi Air Base, in western Pakistan, within 15 days. It also closed the two main NATO supply routes into Afghanistan, including the one at Torkham. NATO forces receive roughly 40 percent of their supplies through that crossing, which runs through the Khyber Pass, and Pakistan gave no estimate for how long the routes might be shut down.

Pakistan: Where Nonsense has a life of its own

November 24, 2011
Where nonsense has a life of its own
Ayaz Amir, The News, November 25, 2011
Ours must be the most insecure country in the world, and the most paranoid. We are terrified not just by our nightmares but our very shadows. And judging by our behaviour we seem to think that the rest of the world has nothing else on its mind but how to undermine the Islamic Republic’s impregnable foundations.

Husain Haqqani and Mansoor Ijaz deserve each other. They are of a kind. The BlackBerry evidence leaves little doubt that in the preparation of the memo, which has all of establishment Pakistan in a spin, both were in it together.

But suppose it was not just one memo delivered to Admiral Mike Mullen but a full dozen, would this paper trail have led to the castration of the Pakistani military at American hands? Would the army have been brought under the Pentagon’s control and our vaunted nuclear assets under American discipline? Some assets these, whose possession instead of making us a more confident nation…
1 comment
Read more

Profile of Sherry Rahman - Pakistan's New Ambassador to the U.S. 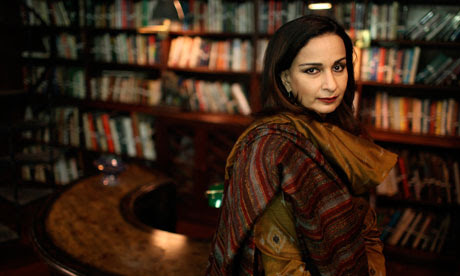 Challenges for Pakistan's New Ambassador to the US
By Nadia Rasul, Asia Society, November 23rd, 2011

Pakistan has appointed former Minister for Information Sherry Rehman as its new ambassador to the United States, following a controversy surrounding a mysterious memo that forced the country's previous representative, Ambassador Husain Haqqani, to resign. Asia Society's experts believe that the new ambassador will be facing tough challenges in Washington.

"Sherry Rehman is a great choice as Pakistan's ambassador to the US," says Hassan Abbas, Senior Advisor at the Asia Society. "Her experience as a journalist, human rights activist and as a parliamentarian will be very useful in her new assignment.

"A close associate of late Benazir Bhutto, she is a courageous Pakistani who was not afraid to challenge the status quo in Pakistan.

"She is likely to get strong support from all major stake holders in Pakistan. However, effectively representing Pakis…
Post a Comment
Read more

What the U.S. Intel Thinks about the Future of Afghanistan?

November 24, 2011
Let’s Hear from the Spies Posted by Steve Coll, New Yorker, November 24, 2011 In late 2008, the United States intelligence community produced a classified National Intelligence Estimate on the war in Afghanistan that has never been released to the public. The N.I.E. described a “grim situation” overall, according to an intelligence officer’s private briefing for NATO ambassadors.

In late 2010, there was another N.I.E. on the war. This one painted a “gloomy picture,” warning that “large swaths of Afghanistan are still at risk of falling to the Taliban,” the Los Angeles Times reported. This N.I.E., too, has never been published.

This autumn, intelligence analysts have again been poring over their secret district-by-district maps of Afghanistan, finding and assessing patterns. A new N.I.E. on Afghanistan is just about finished, people familiar with the latest draft told me this week. This one looks forward to 2014, when President Obama has said U.S. troops will be reduced to a…
Post a Comment
Read more

Pakistan Ambassador to the United States Husain Haqqani announced from his Twitter account (@husainhaqqani) this morning that he asked Prime Minster Yousaf Raza Gillani to accept his resignation. The resignation has been accepted.

Haqqani had earlier tendered a formal resignation to the Prime Minister following allegations he wrote a memo to Washington asking for its help in forestalling a military coup in Pakistan and diminishing the power of its army in the aftermath of the U.S. raid to kill Osama Bin Laden in Abbottabad last May. The scandal being referred to as "Memogate" has further strained relations between Pakistan's civilian and military leaders.
According to several media reports, US Joints Chiefs Chairman Michael Mullen did receive a secret communication. However, the admiral said he did not pay attention to it and took no follow-up acti…
Post a Comment
Read more

Growing insecurity was the main reason for increasing pessimism, the group found. It began Afghan polling in 2004.

The 2011 survey found more people satisfied with education, water and health provision than before.
Sympathy for armed militant groups such as the Taliban fell to 29% from 40% in 2010, the lowest level recorded by the Asia Foundation.

The survey also showed considerable public support for efforts to reach out and make peace with militant groups.

The findings come just months after a UN report said there had been a considerable rise in violent incidents in Afghanistan this year, particula…
1 comment
Read more

During the past 72 hours since a meeting was held between the president, the prime minister and the chief of army staff, there has seen a significant deterioration in Pakistan's political atmosphere. Increasingly desperate efforts by the various agencies and factions within the government to find a home - ISI and/or Army, or the civilian government - for assigning blame over the UBL raid now dominate the tug of war between military and civilian sectors. Subsequent tit-for-tat reactions, including outing of the CIA station chief's name in Islamabad by ISI officials, demonstrates a dangerous devolution of the ground situation in Islamabad where no central control appears to be in place.

Civilians cannot withstand much more of the hard pressure being delivered from the Army to succumb to wholesale changes. If civilians are forced from power, Pakistan becomes a sanct…
Post a Comment
Read more

Where Football Meets the Hijab 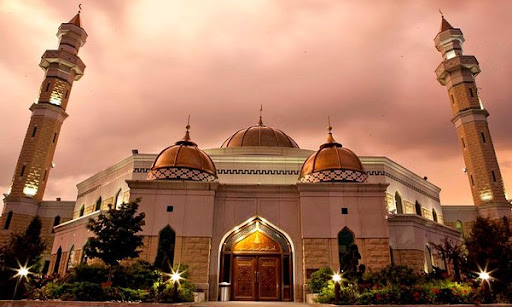 IF anything made me an American, it was television. I learned English from soap operas — after kindergarten, curled up Mommy-side — and then beyond, the many hours she abandoned the sofa for the kitchen when I alternated between after-school cartoons and adult crime dramas. English came to me, and with it so many questions about what was happening on TV. But one that never hit home was why the people on the screen did not resemble my family. I suppose when your daily life involves acute consciousness of being a foreigner, you lack that sense of entitlement; self-identification with a popular representation of America was a luxury this newly transplanted Iranian immigrant didn’t even know to lust for.

Two days after he and his Pakistani counterpart resolved to write a ‘new chapter’ in relations between their countries, Indian Prime Minister Manmohan Singh said on Saturday that Pakistan’s powerful military was fully on board in carrying forward the peace process, reports The Economic Times.

“I did discuss with Prime Minister Gilani whether the Pakistan Army is fully on board to carry forward the peace process. The sense I got was that after a long time, Pakistan’s armed forces are fully on board,” Singh told media persons on board Air India One while flying back home from the Maldives.
Premier Singh met with his Pakistani counterpart on the sidelines of the Saarc summit in the Maldivian city of Addu.

‘Man of Peace’
Singh’s description of Prime Minister Gilani as a ‘man of peace’ invited the wrath of the opposition Bharatiya Janata Party.

Muslims and the US - Changing Dynamics

The rise of Islamist movements in the aftermath of the Arab Spring is representing both a challenge and an opportunity to the West as it looks to successful democratic transitions and maintaining its security and strategic interest in the broader Middle East.

The victory of Ennahdha moderate Islamic party in Tunisia, the solid support (35 percent) enjoyed by the Muslim brotherhood in neighboring Egypt, and the participation of Syria’s Muslim Brotherhood in the new Syria National Council established in Istanbul last month, as well as the embrace of the head of Libya’s National Transitional Council Mustafa Abdul Jalil of “the Islamic Sharia as the main source of…
Post a Comment
Read more
More posts