Showing posts from August, 2011
Show all

A New Political Storm in Pakistan 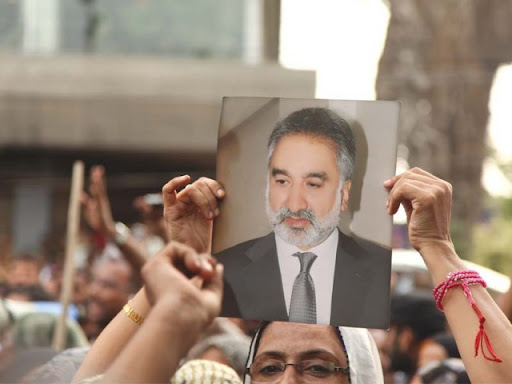 Excerpts
That’s what he said: Zulfiqar Mirza lets it all out - By Salman Siddiqui, Express Tribune, August 29, 2011

In an explosive press conference on Sunday, senior Pakistan Peoples Party (PPP) leader Dr Zulfiqar Mirza not only announced his resignation from key posts within the party and the Sindh government, but also made some extraordinary allegations against his old nemesis, the Muttahida Qaumi Movement (MQM).

Dressed in a white shalwar kameez and the traditional Sindhi cap, Mirza arrived at the Karachi Press Club in a large convoy of SUVs along with his guards at around 4:20 pm. He brought a copy of the Holy Quran along with a briefcase filled with ‘documentary evidence’.
.......
Mirza also made a number of allegations against MQM leaders. Referring to the MQM’s Waseem Akhtar and Rauf Siddiqi, Mirza alleged that his predecessor home ministers were supplied two kilogrammes of cocaine by the Artillery Maidan SHO every month. “Before me, police stations were also auctioned,” he alleg…
Post a Comment
Read more

August 26, 2011
Mass Graves Hold Thousands, Kashmir Inquiry Finds
By LYDIA POLGREEN, New York Times, August 22, 2011
NEW DELHI — Thousands of bullet-riddled bodies are buried in dozens of unmarked graves across Kashmir, a state human rights commission inquiry has concluded, many of them likely to be those of civilians who disappeared more than a decade ago in a brutal insurgency.

The inquiry, the result of three years of investigative work by senior police officers working for the Jammu and Kashmir State Human Rights Commission, brings the first official acknowledgment that civilians might have been buried in mass graves in Kashmir, a region claimed by both India and Pakistan where insurgents waged a bloody battle for independence in the early 1990s.

The report sheds new light on a grim chapter in the history of the troubled region and confirms a 2008 report by a Kashmiri human rights organization that found hundreds of bodies buried in the Kashmir Valley.
Tens of thousands of p…
Post a Comment
Read more

“Karachi, Pakistan's port city which generates 70 percent of the country's revenue, is in the grip of a serious multidimensional crisis,” says Asia Society Bernard Schwartz Fellow Hassan Abbas, of the violent unrest that has gripped the city. “More than 100 people have been killed -- many of them tortured to death -- in the last week or so. Tragically, this has become a recurrent phenomenon. Criminal gangs, armed thugs associated with leading political factions, and to a limited extent religious extremists are all playing a role in this mayhem. The government's writ has almost vanished in the face of this serious situation, and the police and paramilitary Rangers are nothing more than silent spectators. A role for the military is increasingly being discussed in Pakistani media, but history has shown that military operations have not solved any crisis in the country. Rather, its involvement has almost always led to further com…
Post a Comment
Read more

The Missing Martyrs: Why Aren't There More Muslim Terrorists? 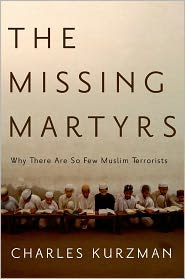 Why Aren't There More Muslim Terrorists?
— By Aaron Ross, Mother Jones, August 1, 2011
Immediately after last month's terror attacks in Norway, Islamic extremism shot to the top of almost every list of suspected culprits. Among the soothsayers of creeping Shariah, there was never any doubt who was responsible. Others' more rational, if hasty, assessments of Norway's threat matrix pointed to the same (wrong) conclusion. For all their differences, both lines of reasoning shared a common assumption: that the sheer volume of Muslim terrorists out there made their involvement likely. Or as Stephen Colbert skewered the media's rush to judgment: "If you're pulling a news report completely out of your ass, it is safer to go with Muslim. That's not prejudice. That's probability."

The month of Ramadan, in which millions of Muslims are fasting throughout the world, reminds us of our need to reach out to the divine with compassion and love in our hearts. We want to love God and be loved by Him. But by creating a relationship in love, we are also able to love others whatever their religion or culture.

This is the lesson the sages and the poets from every religious faith teach us. Whether they are of the Abrahamic religions or non-Abrahamic ones, male or female, live in the West or the East, they constantly return to the theme of love.

Let me give some examples of poetic expressions that we can all share and appreciate -- all the more valuable because it is coming from other traditions. I will give the name of the writer, the title of the poem and then a sample verse.

The first poem was written by Thomas Aquinas (1225-1274), who is commonly t…
Post a Comment
Read more

Pakistan-India Relations: From 'Bombs' to 'Bombshells'?

While the mysteries surrounding interactions between the CIA and Pakistan’s ISI intelligence agency continue to be partly entertaining and partly amazing, the situation in Afghanistan is deteriorating — complicating U.S. withdrawal plans.

While it is indeed debatable whether the Taliban are gaining or losing support in Afghanistan's Pashtun-dominated areas, it is evident that President Karzai and his allies are being brazenly targeted by insurgents, terrorists and militants. In the process, who among the Taliban are being co-opted by the Karzai government is an unknown but not that difficult to guess. Reconciliation efforts are in the air with no concrete achievement to date.

India-Pakistan relations, on the other hand, appear to be improving, or at least there is a recognition that continued dialogue under all circumstances is a smart strategy. Pakistan's …
1 comment
Read more 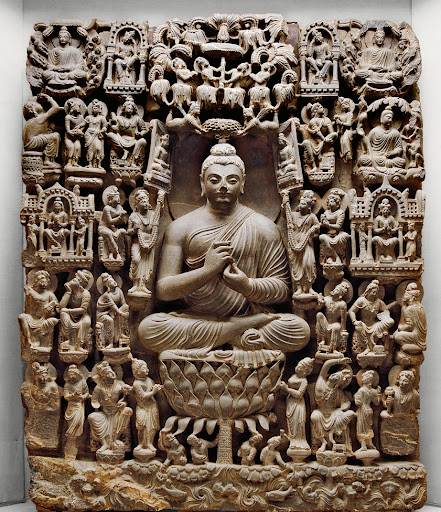 BUDDHIST HERITAGE OF PAKISTAN -- NEW  EXHIBITION OPENS AUGUST 9    Asia Society in New York ﻿ ﻿ Beginning August 9, Asia Society  Museum presents a landmark exhibition of Buddhist sculptures, architectural reliefs and works of gold and bronze from the Gandhara region of Pakistan, most never exhibited before in the United States.
“Against a backdrop of political turmoil and tensions in the U.S.-Pakistan relationship, securing these loans has been an extraordinary achievement,” says Asia Society Museum Director MELISSA CHIU. “We are extremely grateful to our colleagues at the Lahore Museum in Lahore and the National Museum of Pakistan in Karachi, and to countless individuals both in Pakistan and the U.S. for their efforts on behalf of the exhibition. Despite images of Pakistan as a place of violent extremism, the region has an ancient tradition of tolerance and pluralism as evidenced by the survival of these spectacular examples of Gandharan art. Through this exhibition, Asia Society aims …
Post a Comment
Read more

Park 51: A Vibrant Islamic Community Centre in the Making

A year after controversy engulfed plans to build a Muslim community center and mosque in Lower Manhattan, the project’s developers are quietly moving ahead: In recent months they have hired a paid staff, started fund-raisingdrives and continued holding prayers and cultural events in their existing building two blocks from ground zero.

But they have also embraced what they call a slower, more deliberate and more realistic approach to the project, acknowledging it will take years of hard work to determine what kind of facilities Muslim and non-Muslim visitors want and need, to raise money, and to build public support.

That means it could be five years before they even try to begin any physical transformation of the property, now a bare-bones building that once housed a Burlington Coat Factory store. And the Muslim center might never become the 15-story, $100 million edifice that the developer…
Post a Comment
Read more
More posts