After Bin Laden, Don't give up on Pakistan: CNN Opinion article 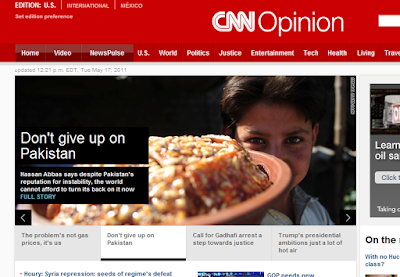 Don't give up on Pakistan
By Hassan Abbas, Special to CNN, May 17, 2011
Editor's note: Hassan Abbas is a fellow at the Asia Society, director of the society's Pakistan 2020 Study Group, and a professor at Columbia University's South Asia Institute in New York. He is also a former senior adviser to the Pakistan government.
(CNN) -- In recent years Pakistan has stumbled from one crisis to another. Reeling from a deadly insurgency on the country's western border, its democratic government has struggled to establish even a modicum of stability. The people of Pakistan have shown amazing resilience even as they face rising terrorist activity, severe economic distress and perennial regional tensions.

That Osama bin Laden was hiding in plain sight in a compound less than a mile from Pakistan's national military academy is troubling, to say the least. If Pakistan's intelligence missed him completely, then it was a case of criminal negligence. If there was collusion of some sort, that will be an even more dire piece of news.

Yet Pakistan needs more attention and understanding from its most important ally, the United States, and from the rest of the world. Now is not the time for the world to turn its back on Pakistan.

Pragmatic and durable policy options aimed at improving Pakistan's prospects with a long-term vision are needed. A new Asia Society study group report attempts to provide them, drawing on the insights and guidance of 30 Pakistani and U.S. scholars, former senior officials and experts.

Some of the major recommendations of the report, titled "Pakistan 2020: A Vision for Building a Better Future," are: 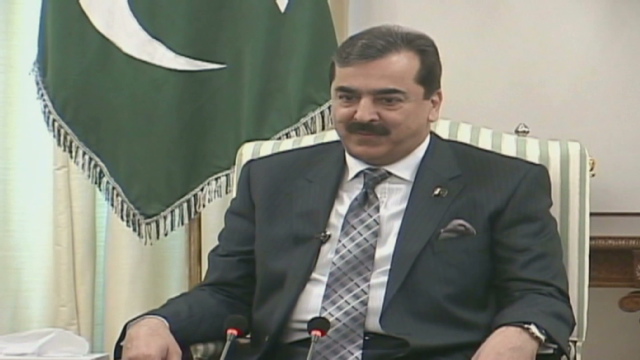 • The process of democratization must continue, as there is no other way to expand civilian control over all institutions of the state. Pakistan has been ruled by generals for half its history -- another military takeover would set the country back yet again.


• Pakistan's military expenditures should be made more transparent, and there should be an increased civilian role in defense spending and security policy decisions.

• Independence of the judiciary -- a major Pakistani achievement in recent years -- needs to be further strengthened through respect for the separation of powers enshrined in the constitution and by providing financial autonomy to the country's judicial institutions.

• To fix the education system, spending on schools needs to rise from less than 1.5% to at least 4% of gross domestic product -- so girls don't drop out, boys don't end up in radical madrassas, and Pakistan overall can take part in Asia's boom.

• Along with proper upkeep of existing hydropower dams, more dams are needed to meet Pakistan's current and future energy requirements.

• Without a drastic overhaul of law enforcement, Pakistan's internal security situation could worsen further. Major financial investment is needed -- for example, half of U.S. funding allocated for counterterrorism and counterinsurgency support could be directed toward enhancing the forensic capabilities of law enforcement and supporting scientific investigations.