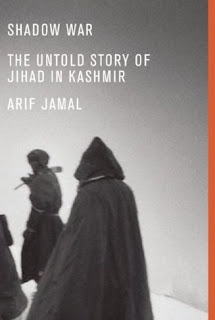 Kashmir: The time Has Come

The Limits of Influence: America’s Role in Kashmir
by Howard B. Schaffer
Brookings Institution Press, 272 pp., $34.95

In late October 2008, on the eve of the election that would elevate him to the White House, Barack Obama made some of the most expansive comments about the Kashmir conflict that have ever come from an American presidential candidate. In an interview with Joe Klein of Time magazine, Obama acknowledged that Kashmir’s disputed territory was “obviously a potential tar pit diplomatically,” and yet, he continued:

For us to devote serious diplomatic resources to get a special envoy in there, to figure out a plausible approach, and essentially make the argument to the Indians, you guys are on the brink of being an economic superpower—why do you want to keep on messing with this? To make the argument to the Pakistanis, look at India and what they are doing—why do you want to keep on being bogged down with this particular [issue] at a time when the biggest threat now is coming from the Afghan border? I think there is a moment when potentially we could get their attention. It won’t be easy, but it’s important.

It was refreshing to hear an American politician speak honestly and seriously about Kashmir. Since 1989, when a popular rebellion erupted against Indian misrule, Kashmir’s violence has often been enshrouded by silence. Partly that is because neither the Indian nor the Pakistani government wishes to call attention to its contributions to the conflict. Pakistan’s intelligence service has stoked a low-intensity guerrilla war by funding and arming Islamic radicals and infiltrating them into the Kashmir Valley. India has responded with a brutal counterinsurgency campaign which at its height involved the systematic use of torture and extrajudicial killing. That campaign has lately eased, and the human rights performance of India’s government has improved, but not enough. Protests set off this summer by the shooting deaths of unarmed demonstrators have been the most intense in several years. By mid-August, at least fifty-five people had been killed. Kashmiri rioters have provoked and committed violence this summer, but much of the blame for the high death toll rests with the unprofessional performance of the Indian paramilitaries, whose approach to riot control too often involves indiscriminate firing at crowds.

For complete review, click here
Related:
In the vale of conflict  - By Mustafa Qadri, Dawn
Force no solution - By A G Noorani (pdf - page 77), The Hindu