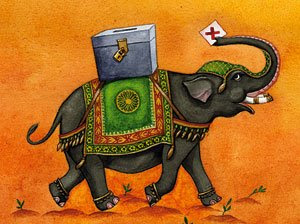 NEW DELHI: In a belated dissection of Bharatiya Janata Party (BJP) prime ministerial candidate Lal Krishna Advani’s autobiography ‘My Country, My Life’, published in March 2008, the Congress on Saturday sought to take political advantage during the ongoing elections, citing instance after instance of what a Congress minister called distortion of facts and history.

Union Minister and Congress spokesman Kapil Sibal pitied Advani at the AICC press briefing for “not caring to educate himself about the country’s most celebrated freedom fighters – Bhagat Singh, Rajguru and Sukhdev” – by claiming that they were hanged for hurling bombs inside the Delhi assembly.

“Being a swayamsevak (volunteer) of the RSS, which had no role in the Indian freedom struggle, his ignorance is quite obvious, as otherwise, he should have known that they [freedom fighters] were sentenced to death actually for the assassination of JP Saunders, and that it was well-known and documented Lahore conspiracy case,” Sibal said.

Elsewhere in the book, Sibal added, Advani had described Punjab’s Communist Party of India (CPI) leader as “late Satyapal Dang, not caring to verify as he would have known, that the veteran leader is very much alive and in good health”.

Sibal also pooh-poohed the BJP leader for his “duplicity in writing that the BJP ‘forced’ then prime minister Indira Gandhi to order ‘Operation Blue Star’ to liberate Golden Temple from anti-national occupants, and at the same time describing it as one of the most painful moments in the history of the republic”.

The Congress spokesman said that another duplicity in the “divisive agenda” was apparent when Advani described the Babri Masjid demolition as “Hindu awakening”, but then “hypocritically” called it the “saddest” day in his life.

“Yet he did the groundwork for that day when he embarked on his journey spreading hate in his 1990 Rath Yatra that resulted in communal riots in which hundreds were killed,” Sibal said.

Another “memory lapse” is evident when Advani claims to have spoken to US ambassador Robert Blackwill for assistance during the IC-814 plane hijack drama. The fact is that Richard F Celeste was the US ambassador to India during that period, the Congress spokesman said.

Another falsehood in the book that Sibal nailed was Advani writing that both he and then prime minister Atal Bihari Vajpayee were firmly opposed to sending Indian troops to Iraq. He cited a statement of the Indian embassy in Washington dated June 8, 2003, that: Advani told then US defence secretary Donald Rumsfield that the matter was under consideration.

Sibal also ridiculed Advani for choosing to give account of people killed by police firing during the Gujarat riots but not finding it important to talk about how the state machinery, including police, was involved in the riots.

He also criticised Advani for lacking the courage to mention that the RSS forced him to resign as the BJP president over his controversial praise of Muhammad Ali Jinnah during a visit to Pakistan in 2005.

Sibal said Advani was desperate to shed the tag of “prime minister in waiting” but his ambition based on “distortion of facts” would ensure that he lives with this tag in perpetuity.