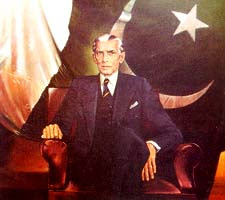 It would not be wrong to say that Mohammad Ali Jinnah was a liberal, par excellence. According to a quote by Hector Bolitho, his official biographer, Jinnah said, “… I happened to meet several important English Liberals with whose help I came to understand the doctrine of Liberalism … which became part of my life.”

In tandem with his liberal ethos and his consuming concern with human rights was his burgeoning passion for reversing the “wretched” condition of women, who stood marginalised, not only in the pre-modern East, but also in the modern West, in the later half of the twentieth century.

Miss Agatha Harrison, one of the speakers at a memorial meeting for Jinnah in London, on September 14, 1948, narrated, “When Jinnah was a student in London, the suffragette movement was gathering momentum; …young Jinnah always came to our meetings and spoke in defence of the vote for women. Even then he was not afraid of championing an unpopular cause.”

Jinnah’s belief that women should be extended all the opportunities available to men at various stages in their lives was amply reflected in his handling of the schooling and career orientation of Fatima Jinnah, his youngest sister and ward. Much against the family and the community traditions, she was sent first to the Bandhara Convent School, then to the St. Patrick School, both in Bombay, where she did her Senior Cambridge, and later, all the way to Dr Ahmad Dental College, in Calcutta, to qualify for a professional career. There she stayed at a hostel, as in Bombay, although her sister, Maryam, along with her family, was living in the city.

After graduation, Fatima opened a dental clinic on Abdur Rahman Street, in Bombay, in 1923, and simultaneously worked at the nearby Dhobi Talau Municipal Clinic in the evening, on a voluntary basis. All this was, of course, nothing less than a rare phenomenon even for cosmopolitan Bombay. Yet it was made possible only because Jinnah believed that women have an inalienable right to carve out for themselves a career of their own choice.

During his long parliamentary career, Jinnah consistently and religiously stood against every sort and shade of discrimination against women and other unprivileged classes. Thus, he stoutly supported Bhupendranath Basu’s Special Marriage Amendment Bill, which provided for legal cover to marriages falling outside the Hindu and Muslim laws, although it caused unrestrained consternation among vast sections of the vocal Muslim strata.

Likewise, 23 years later, when he was already a universally acknowledged Muslim leader, he materially helped in the passage of the controversial Sarda Act, prohibiting child marriage, which again, was stoutly opposed by the predominantly conservative segments of the Indian society.

However, Jinnah’s major role in the emancipation of Muslim women came in the mid 1930s when he began reorganising and revitalising the moribund All India Muslim League (AIML), the most authoritative Muslim political organisation since its inception in 1906. Till then, the Muslim women were shrouded, silent creatures, strictly quarantined to the four walls of their homes, deeply steeped in dogma and superstition, and routinely denied the fruits of modern education, health care and a career.

Also See:
A Thought for the Quaid - Editorial, The News
Reactions: