What was the Moplah Revolt? by Khaled Ahmed 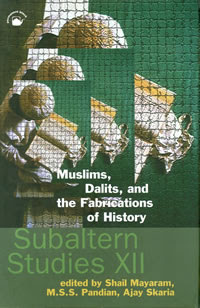 BOOK REVIEW: What was the Moplah Revolt? by Khaled Ahmed
Daily Times, January 27, 2008

If you vaguely remember having read a potted account of the Moplah Revolt in the 1920s in your Pakistan Movement textbook, you should read this latest research into what really happened in Malabar in Kerala that made the Muslims there rise in bloody revolt. First let us get the word Moplah right, which no one explained because the textbook had to pass over quickly to more urgent sections of the communal conflict in India. Like ‘Moses’ in Biblical Egypt, ‘Pillah’ means child in Malayalam. It is treated as an honorific in Kerala.

Moplah is written in many different ways (Mappilla, Maplah, Moplah, Mopla, Moplar, Moplaymar) and means differently with every version. Many think that it is a contraction of maha-pilla, the big child, a title of honour bestowed on immigrants. It can be ma-pilla meaning mother’s child, implying a foreign paternity; it can be mappila meaning bridegroom or son-in-law. When Ibn Battuta happened along in the 14th century, he noted that the Muslims were the most respected community in Malabar, but the locals didn’t let them into their house or eat with them.

The paper Refiguring the Fanatic Malabar1836-1922 by MT Ansari at the University of Hyderabad, India, tells us that in 822 AD a king of Kerala called Perumal secretly left for Mecca to meet Prophet Muhammad there. Before disembarking, he changed his name to Abdur Rehman Samiri, and there is a grave in Zuphar (Dhofar?) today with a tombstone with that name! Samiri could not return from Mecca because of ill health but sent his representatives with letters of recommendations to the rulers of Malabar. These representatives were thereafter allowed to build mosques in Kodungallur, Kollam-Koolam in Kurumbranad and Chaliyam in Ernad. There is another version of the legend which says that King Perumal actually returned and ruled as Zamorin, which was actually changed form of the Arabic word Samuri (mariner).

Killings that followed the Moplah Peasant Revolt in northern Malabar in 1921 happened as one of the series of violent uprisings that took place in the wake of the Khilafat Movement. The Jallianwalla Bagh massacre of 1919 took 379 people killed; the Chauri Chaura (Gorakhpur) incident accounted for 23 policemen burnt alive in 1920; and the Malabar (or Moplah) rebellion saw 2,337 rebels killed although an unofficial count put the dead at 10,000. The Moplah rebels took over and ruled for five months an area that also contained 40,000 Hindus. According to an Arya Samaji count, the Moplahs killed 600 and forcibly converted another 2,500. The Moplahs claimed Arab descent and were thought to be descended from the Arab traders who came to Malabar in the 4th century AD and were welcomed by the local rulers.

At the time of uprising the Moplahs were not from the privileged class. They were dispossessed peasants who, when pushed to the wall, found their leader in a bullock-cart driver Variamkunnath Kunhamed Haji. The decline of the Muslim Moplahs began in 1836 after a change in the land tenure laws against which the Moplahs kept agitating violently from 1836 to 1919, with the doctrine of shahadat underpinning their desperate campaigns. They began to be dubbed fanatic Muslims and the Congress Party under whose new politics of Khilafat the Moplahs had arisen condemned them under the same labelling.

The Moplahs in 1921 were only 33 percent of the population of Malabar in Kerala, but in three talukas of northern Malabar — called the fanatical zone — they formed two-thirds of the population. They were overwhelmingly poor, comprising cultivating peasants, landless labourers, petty traders and fishermen. Their landlords were Namboodiri Brahmins and the rich Nair caste. The British came in with the intent to undo the effects of Tipu Sultan’s rule in the area through a ‘land reform’ — based on fixed rent as opposed to the old practice of sharing the produce according to ratio — which made peasant evictions easy. This allowed the British to count on the support of the landed aristocracy.

Evictions went ahead with the British administrators receiving thousands of complaints each from the evicted Moplahs but to no effect. Any suggestions of reform from within the British system were brushed aside as it was feared that reforms would offend the Hindu elite. Instead, the Moplahs were categorised as mindless fanatics whose way of life was that of violence. This spared everyone of the obligation to inquire into the real causes of the peasant revolt. When 1921 came around, the Moplahs were fired by two causes, the Tenancy injustice, and the Khilafat Movement in which Hindus and Muslims were supposed to fight together.

The protest began after hearing the news that the Ali Brothers had been arrested by the British. When the Moplahs came out waving Khilafat and Congress flags, they were mishandled by the police and one mosque was desecrated and their leader Ali Musalyar, a Gandhian, was arrested and later hanged. In fact he had surrendered to the police after being advised by the local Congress leaders to do so. After this incident, the Moplahs spread around and killed the local Hindus (janamis) in what was seen as guerrilla tactics.

The Hindu press covered the incident with editorial remarks like: ‘The Muslim lion and the Hindu lamb have lain together but the lamb is inside the belly of the lion’. Gandhi also made disparaging remarks about the fanaticism of the Moplahs — ‘our Moplah brothers, undisciplined all these years, have now gone mad’ — and the Congress generally tried to obfuscate the very clear nexus of the Moplah uprising with the Khilafat Movement.

It was the distancing of the Congress Party from the peasant revolt that made the Muslims of the rest of India aware of the categorisation of fanatic for the Muslims. Although not much is written in the textbooks about the Moplah uprising, it has become a part of the Pakistan Movement literature as an example of how the Hindu-dominated Congress betrayed its Muslim followers. The case made above by Mr Ansari is much more nuanced that what it was made out to be in the communally divided India later on. *
Reactions: